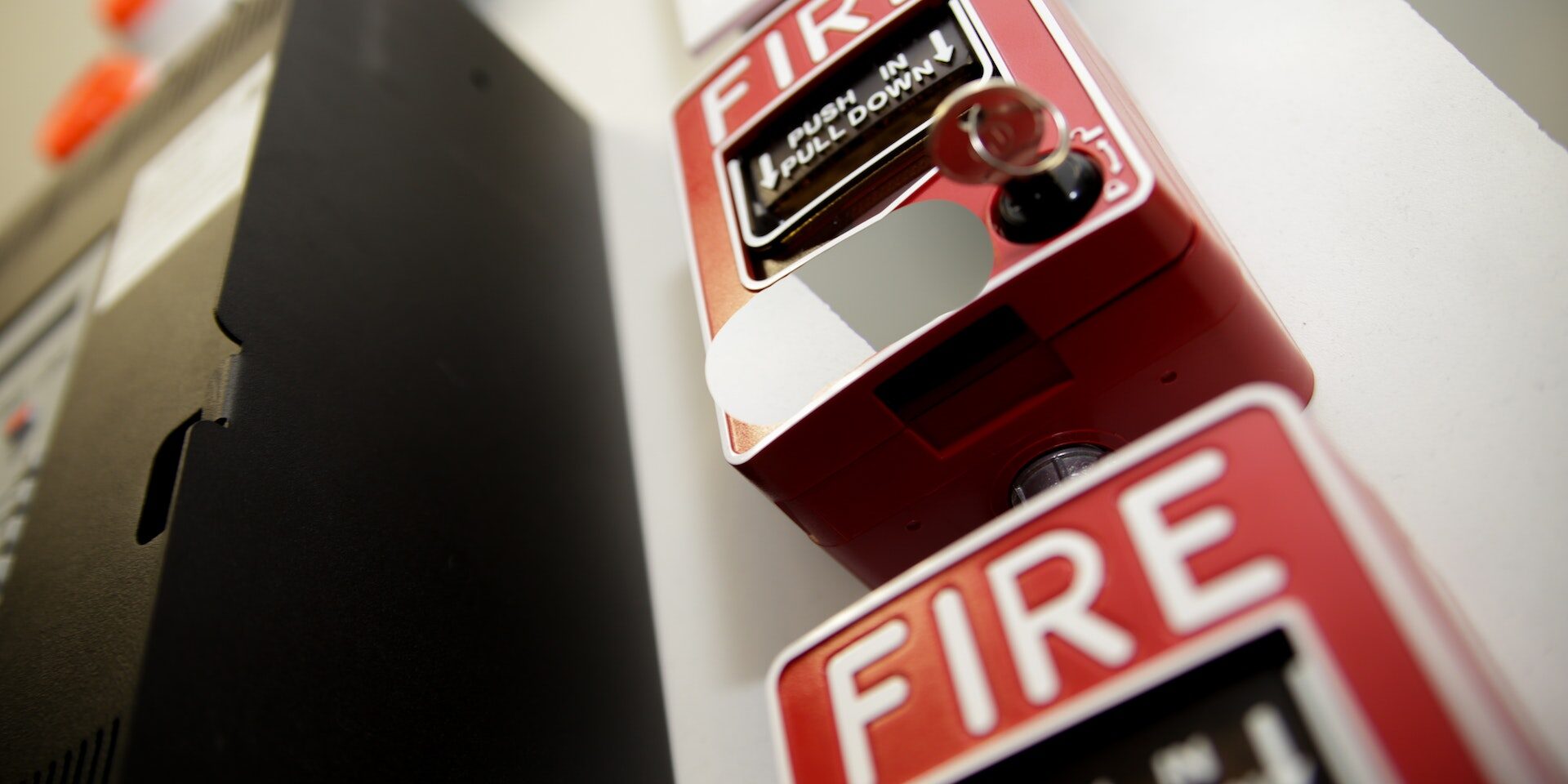 If you own, manage, or are constructing a commercial structure, you are probably well aware of the codes that require your building(s) to have a functional fire alarm system.

However, many people must know how these systems work and frequently confuse them with individual fire protection devices such as fire sprinklers or smoke detectors. On the other hand, fire alarm systems are a far more complete and complex approach to fire protection than any single device.

The Fire Alarm System works to alert us to a fire emergency so that we can take appropriate action to protect ourselves, our employees, and the general public.

Fire alarms are present in offices, factories, and commercial buildings; they are a part of our daily routine but are frequently overlooked until an emergency arises, at which point they may save our lives.

Whatever method of detection is used, if the alarm is triggered, sounders will sound to alert people in a building that there may be a fire and to inform them to evacuate.

The fire alarm system may also include a remote signal system that notifies the fire department via a central station.

This blog will teach you about the role and key components of a fire alarm system. It includes the fundamentals of how these components interact to protect your building and the occupants in the event of a fire.

The detection devices are at the heart of a fire alarm system, ranging from sophisticated, intelligent smoke detectors to basic, manually operated break glass units. There are several different types, but we can categorize them as follows:

Heat detectors work similarly to electrical fuses in that they contain a eutectic alloy that is heat sensitive. When a specific temperature is reached, the alloy changes from a solid to a liquid, triggering the alarm.

The second chamber contains a radioactive source, typically an alpha particle, which ionizes the air passing through the room, which includes two electrodes and a current flowing between them.

The current flow decreases when smoke enters the chamber. The decrease in current flow is used to set off an alarm.

Smoke interferes with the light beam between a light source and a photocell in the light-obscuring smoke detector. Then the photocell detects the amount of light that strikes it.

A variation in photocell output is used to trigger an alarm.

With the light source and photocell spaced apart, you can use this type of fire detection equipment to protect large areas. 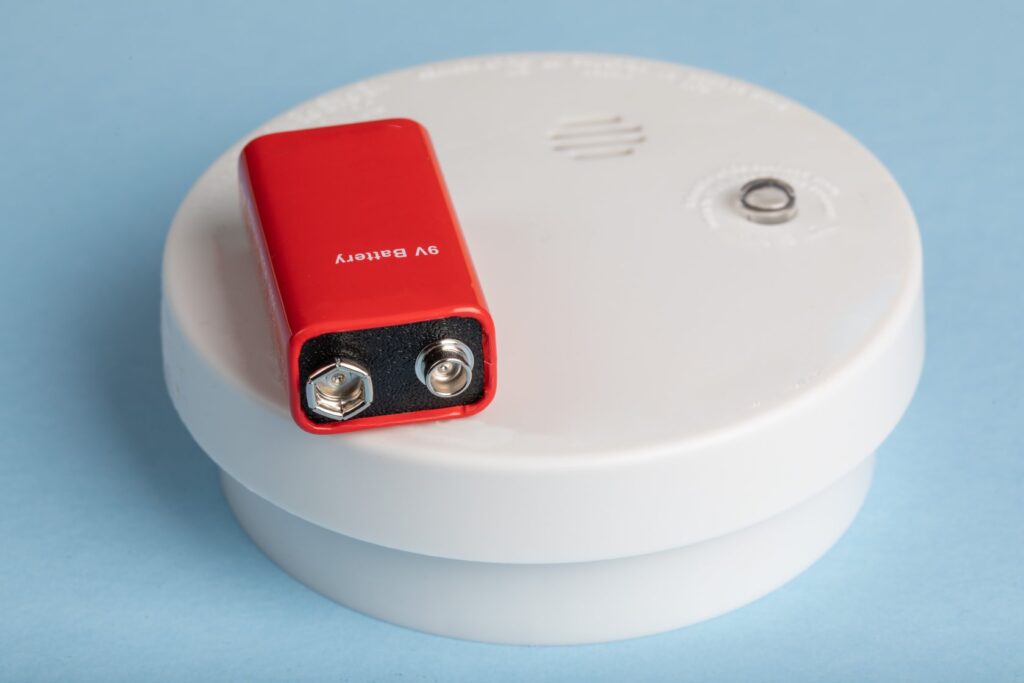 Carbon monoxide is a hazardous gas that is released during combustion.

Carbon monoxide fire detectors utilize the same type of sensor as home detectors but are more sensitive and respond faster.

The inputs from both optical and heat sensors are combined and processed by a sophisticated algorithm built into the detector circuitry.

When the control panel polls the detector, it returns a value depending on the combined responses of the optical and heat sensors. They are designed to be resistant to a wide range of fires.

A Manual Call Point, also called Break Glass Call Point, is a device that allows personnel to raise the alarm by smashing the frangible element on the fascia, triggering the alarm.

There are four significant types of fire alarm systems.

Let’s take some time to think about each.

Physical cabling is used in a conventional fire alarm system to connect several call points and detectors. The signals from them are wired back to the central control unit.

Call points and detectors are organized into “Zones” to make locating the alarm’s source easier for the fire department and general building management.

At the Fire Alarm Control Panel, each zone is indicated by an indicator lamp, a text display, or, in some cases, both.

It stands to reason that the more we can separate a building into zones, the more accurate we will be in locating the alarm trigger.

The Control Panel is connected to at least two sounder circuits, which may include bells, electronic sounders, or other audible fire alarm devices.

When triggered, these devices sound the alarm.

The detection principle of an Addressable Alarm System is similar to that of a Conventional System, except that each detector is assigned a unique address (typically via a dip-switch), and the Control Panel can then determine which detector or call point triggered the alarm.

The detection circuit is also wired as a loop, and each coil can connect up to 99 devices.

It is ordinary for the loop to be outfitted with Loop Isolation Modules, which section the loop and ensure that a short circuit or single fault only affects a small portion of the system, enabling the rest of the system to function normally.

The detectors in the previous two systems, the Conventional and Addressable Fire Alarm Systems, are not considered “intelligent” because they can only provide output signals representing the value of detected phenomena.

It is up to the Control Unit to determine whether there is a fire, fault, pre-alarm, or another emergency.

However, in our next system, an Intelligent Fire Alarm system, each detector effectively incorporates its computer that evaluates the environment around it and relays to the Control Panel whether there’s a fire, a fault, or the detector head requires cleaning.

Intelligent Systems are far more complex and include far more features than conventional or addressable systems. Their primary goal is to reduce the number of false alarms.

Intelligent Fire Alarm Systems are also available in 2, 4, and 8-loop configurations, allowing large buildings to be monitored from a single panel.

The Wireless Fire Alarm System is the final type of system we’ll look at.

These are viable alternatives to traditional wired fire alarm systems for all applications. They use secure, license-free radio communications to connect the sensors and devices to the controllers.

It is a simple concept that offers many distinct advantages and is a complete intelligent fire detection system that does not require cabling.

We learned in this article that fire alarm systems are installed in many buildings we encounter daily and are used to warn people within the structure of an emergency fire-related situation.

What Does a Fire Alarm System Do?

A fire alarm system’s primary function is detecting fires and alerting building occupants and emergency personnel from a centrally monitored and controlled location.

These systems also self-monitor, determining where alarms originate within the building(s) and detecting when wiring and connection errors occur, preventing the system from functioning correctly.

What Constitutes a Fire Alarm System? 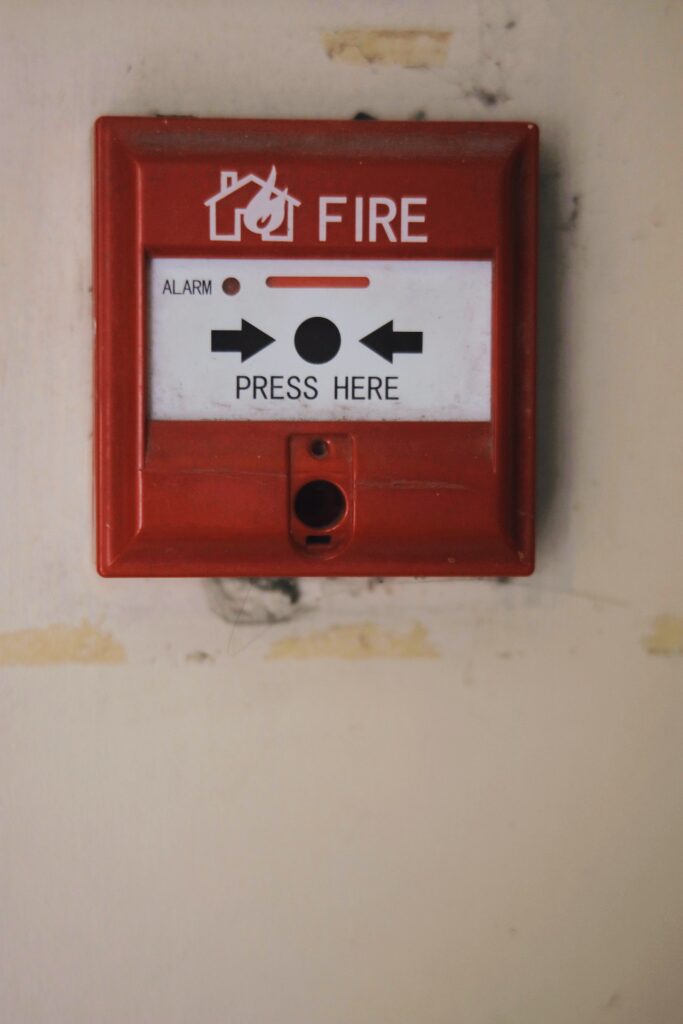 As previously stated, a fire alarm system comprises many parts, each serving a specific purpose. Knowing what these components are and how they interact is essential for understanding how the fire alarm system works.

The five essential components of any fire alarm system are as follows:

An initiating device is a component of an alarm system that detects smoke or fire. These devices include smoke detectors, heat detectors, sprinkler flow sensors, and fire alarm pull stations.

These are the components of the system that sound the alarm and alert the occupants to a fire hazard.

Horns, chimes, bells, and, in some cases, strobe lights are used to alert the deaf and hard of hearing. Most of these appliances are deliberately loud to avoid being missed. This, in turn, encourages everyone to leave the building as soon as possible.

When there are deaf or hard of hearing people present, or when the code requires it, strobe lights are used in conjunction with the other indicators to provide a visual warning of the fire.

The fire alarm control panel is the system’s user interface and central monitoring and controlling element. It has a display that shows the current state of the fire alarm system (alarm or no alarm) and a touchpad that works to allow onsite personnel to program, troubleshoot, silence, or reset the system.

In case of a triggered alarm, a call is sent to a monitoring agency via the fire alarm panel. This alerts the emergency personnel.

For many fire alarm systems, power supplies cover the main power from the breaker. Additionally, they have 12V batteries as backup for 24 hours and, at times, a generator as backup power. The batteries could be housed in the control panel or a separate enclosure. If the power goes out, the batteries will take over. It allows the system to protect the building from fire for another 24 hours. A generator can supply power for extended periods of a power outage.

Several devices can be added to a fire alarm system to improve fire protection in a facility.

Other devices include visual LED indicators that show which zone of a building a fire alarm was triggered in, remote annunciators, and alarm silence switches. There are also electromagnetic door holders, fire doors, elevator capture and shutdown, and so on.

As is shown, these systems can be as straightforward or as complex as a facility requires. Also, there are numerous options for each element listed above.

Creating or updating the best system for your facility can be a massive undertaking. It would be best if you did it in consultation with experts and professional electricians who understand the wide range of capabilities these systems and their parts provide, as well as the local requirements of your AHJ.

As previously stated, the fire alarm panel monitors and indicates the system’s status. Most plans have three operational states: Normal, Alarm, and Trouble.

The system is regular when all devices, appliances, wiring, and circuitry are functioning correctly, and no alarms are activated.

The system enters an Alarm State when an initiating device is activated. The indicating appliances will go off, alerting building occupants to the danger. Then the alphanumeric display on the control panel will show which zone of the building(s) the alarm is coming from. It allows the emergency personnel to respond quickly to the correct area.

If short or open wiring develops between the fire alarm panel and the initiating devices, within the panel’s wiring or zone cards, or if the system’s phone line connection fails, the system enters Trouble State and is displayed on the control panel. A buzzer will sound to warn maintenance personnel of the problem. Then the board will indicate which zone the issue is in. While the buzzer is audible, it is not as loud as the indicating appliances and should not be confused with an actual alarm.

How Do Fire Alarm System Works?

The above-mentioned initiating devices are how a fire alarm system detects a fire.

The fire alarm panel is linked to the system’s triggering devices via 2- or 4-wire circuits. This circuitry enables the control panel to monitor the state of its initiating devices, typically by zone, and determine whether they are in average or alarm mode. These readings are displayed on the control panel’s display panel.

When a fire arises, the smoke or heat from the fire will activate one of the initiating devices. Conversely, someone can activate the manual pull, tipping the alarm system to the fire and putting it into alarm mode.

What Happens When the Fire Alarm System is Triggered?

When the system enters alarm mode, two things should occur:

The warning devices should sound the alarm, alerting everyone in the building to the danger.

One should call the monitoring company using the system’s telephone lines.

It may also activate fire suppression systems in some fire alarm systems to help fight the fire until emergency personnel arrives.

How Do You Turn Off a Fire Alarm?

The building manager or maintenance crew must understand how to read and use the fire alarm panel, especially if it is malfunctioning or emitting false alarms.

There are alarm and trouble silence options and a system reset option on the control panel’s touchpad. These should be used only after the source of the alarm or notification has been identified and addressed.