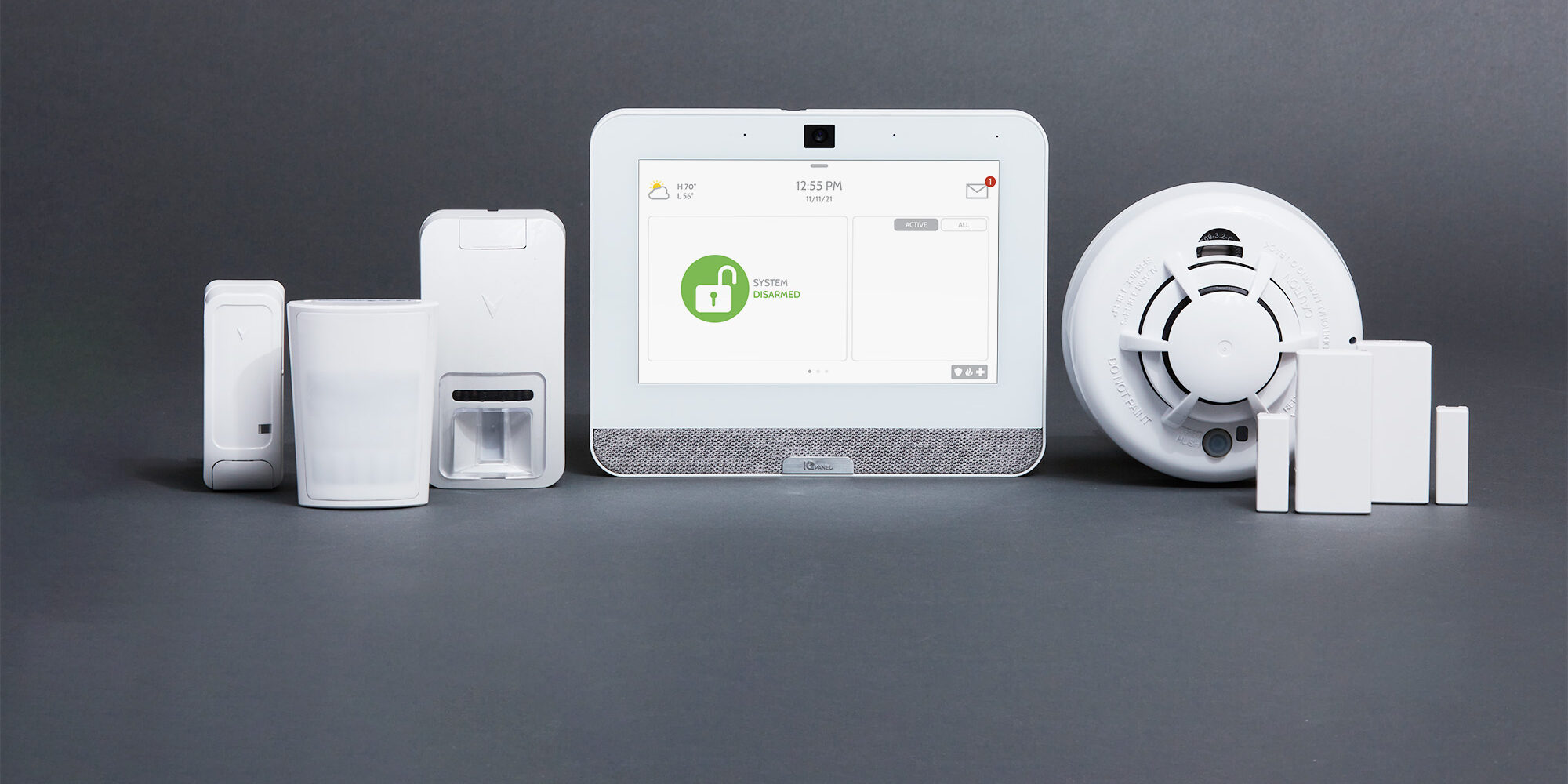 What Is Home Automation

With home automation, you may control appliances in your house from any mobile device in the world. Home automation may refer to discrete programmable devices like smart thermostats and sprinkler systems. Still, it actually relates to homes where virtually every device – smart outlets, smart light switches, appliances, and heating and cooling systems – are connected to a network that one can control remotely.

Your alarm system and any connected doors, windows, locks, smoke detectors, security cameras, and other sensors are part of the definition of home security.

Large commercial structures and upscale homes were the only places where people practiced automated central management of building-wide systems up until recently. Structure automation, which typically consisted simply of heating, cooling, and lighting systems, hardly ever offered anything more sophisticated than the most basic control, monitoring, and scheduling functions and was only usable from specific control points located inside the building.

The Internet of Things is a step toward home automation, where everything has an IP address and can be connected and monitored from anywhere.

Smart appliances and gadgets that connect to a local area network through Ethernet or WiFi are the early and most evident benefactors of this method.

However, home automation networks have included electrical systems and even specific points like light switches and outlets, and businesses have even looked into the potential of IP-based inventory management.

Home networks can support a growing number of devices and systems, even though the time when you can use your mobile browser to discover a lost sock is still far off.

The idea of automation in the workplace first appeared during the Greek era. The Industrial Revolution later saw the development of automation. James Watt’s steam-powered inventions, which were also created by Richard Trevithick, Thomas Savery, and Thomas Newcomen, are just among the examples of how technology has replaced human labor.

In 1725, French businessman Basile Bouchon created the first automatic drawloom machine. The instructions for operating the Bouchon loom were on sheets of paper with holes punched out of them. With the aid of these holes, the needles can direct the thread through the loom to create the cloth. One may efficiently finish the Bouchon method with the use of a pedal as opposed to the time-consuming process of weaving the cloth.

What Is the Home Automation Process?

Home automation functions by employing several communication protocols, including WiFi, Bluetooth, and others, to link a network of devices to the internet. People can use electronic interfaces like controllers, voice assistants like Alexa or Google Assistant, or applications to operate the devices remotely. The user may learn about the environment of the device thanks to the sensors that are included in many of these Internet of Things devices. These sensors can detect changes in motion, temperature, and light. The user activates actuators, which are essential mechanical components like motors, motorized valves, or smart light switches that enable remote control of the equipment.

There are three degrees of home automation:

Monitoring suggests that users may use an app to check in remotely on their devices. For instance, someone may see live video from a smart security camera.

Operate implies that the user can move these gadgets around remotely, for example, to move a security camera so it can see more of a living room.

Last but not least, automation involves setting up gadgets to react to one another, such as setting off a smart alarm whenever an activated security camera detects movement.

Home automation has the remote control feature, which you may do through a voice assistant or a smartphone application.

Through the smartphone app, customers may remotely operate their equipment, such as dimming external lights or opening their automated garage door for a neighbor. The software also enables users to build up calendars, scenarios, collections of IoT devices, and device settings, such as choosing the ideal shade of blue for the lights in your living room. The great majority of the Internet of Things (IoT) devices we’ve evaluated include Android and iOS apps, making them interoperable with the majority of smartphones and tablets. 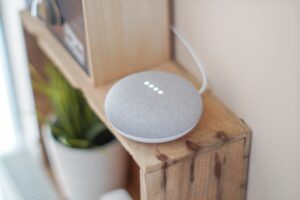 If home automation is the cherry on top of the dessert, voice assistants are the whipped cream. You may use voice commands to control speech-activated devices, such as an Echo Show to view video doorbell footage as you enter the house or a smart speaker to set a timer while your hands are occupied with kitchen utensils. Alexa, Google Assistant, and Siri are the three voice assistants most often compatible with IoT devices.

If IoT devices were people, then the control protocol would be their common language. It is how IoT devices communicate to the internet and one another. Devices may communicate in a variety of languages, or protocols, much like on Earth, including:

WiFi is the control protocol that is used most frequently. It means that your IoT device will connect to the ordinary internet through your Internet Service Provider. Even while this doesn’t need separate hubs, keep in mind that it may cause your browser to load more slowly. It is especially true if you have a lot of IoT devices configured simultaneously.

Bluetooth is a final mesh technology that enables users to automate systems to manage and monitor Internet of Things (IoT) devices.

Home automation offers advantages and disadvantages, just like anything else in life. Overall, we believe it to be more than valuable. However, depending on your own preferences, it might not be for everyone.

Remote access allows you to manage equipment from a distance. An example is opening the door for a plant sitter without having to tuck a key under the mat.

You may have a comfortable night’s sleep only to discover that you left the bathroom light on. Smart light bulbs allow you to switch them off from the comfort of your bed without getting out of your luxurious linens.

Energy conservation: How often do you leave the heat on high while you’re gone for eight hours? You may prevent energy waste by scheduling appliances like thermostats with home automation. For instance, one research indicated that smart thermostats might save heating and cooling expenditures by roughly 12%. It suggests that these smart thermostats can eventually generate enough savings to cover costs.

Convenience: Having the ability to schedule gadgets, provide voice commands to operate them, and even sync them with the dawn and sunset is really useful. Imagine waking up in the morning to freshly toasted bread without having to press a button!

Safety: And last but not least, there are various smart security solutions that may improve the safety of your house. They include sensors for windows and doors, people-detecting security cameras, and video doorbells. These solutions enable you to answer the door from anywhere with an Internet connection.

Costs: Compared to their non-WiFi-connected predecessors, IoT gadgets are unquestionably more expensive. For instance, the typical ordinary light bulb costs around $5, but the average smart bulb costs roughly $32. Home automation isn’t inexpensive overall, depending on where you purchase. Of course, you will have to take into account the extra features like remote control, dimming, 16 million distinct colors, and voice interfaces, to mention a few.

Security concerns: It’s unsettling but true that IoT devices are susceptible to hacking. It includes everything connected to the internet, whether searching Etsy for a new bedspread or checking in on a motion warning from a smart security camera. Ring’s cameras, for example, were infamously hacked, allowing the live feeds to be compromised. Of course, this is an issue you won’t have with devices that aren’t connected to the internet. But if you want IoT devices, you will have to follow some best digital security practices. Unfortunately, we’ve seen a fair share of hacking and security breaches from large tech companies that manufacture IoT devices.

IoT is a relatively new technology, so you can encounter specific issues, such as devices that have difficulties connecting to the internet or lag. The issue depends on the brand and type of the item.

Surveillance: Smart security is definitely not for you if privacy is a top issue. It is because users may live stream footage from the corresponding app for each camera. Instead, you could wish to use a neighborhood alarm system; One AZ Alarm offers you a choice. Visit OneAZAlarm.com to see our website. 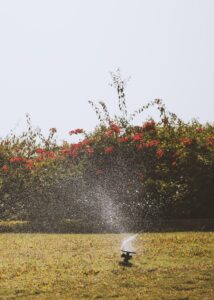 The demand for these things rises as we become more aware of the advantages of home automation systems. Different manufacturers are making these products to integrate with home automation. The following are the various categories of applications, according to the research:

Spas and pools – When someone enters a pool, it automatically fills with water. This automation is only possible if the plumbing supply is linked to the solenoid valve and moisture sensor. The homeowner must install switches to use a home automation system to turn these gadgets on and off. The controls for a spa are different from those for a pool since they have their own controllers and control panels.

Anti-icing is a technique that is used on roofs, sidewalks, driveways, and gutters. Electrical and hydronic technologies are employed with anti-icing systems.

Electrical systems — for such devices, a cable that is interwoven back and forth below the surface and must be free of ice must be kept from freezing is required.

Such devices as hydronic systems circulate liquid antifreeze inside the pipe. Some of these systems use heat from separate boilers or the hot water tank.

The home automation system may be linked to the anti-icing controls via an electrical wall switch. Customers may do both manual and remote control with this.

By fusing the technologies of television and the personal computer, convergence can provide interactive TV, a two-way viewing experience. Homeowners may look for any movie or view any archival television program thanks to interactive TV. One can use an electronic catalog to shop while watching television. Homeowners utilize computer technology to assess how the new items will truly appear using a simulated body.

Home automation makes it easier for individuals to do tasks. This includes starting the vacuum remotely from the office laptop or turning on the microwave. However, it is unclear from these chores how much one’s life would actually improve.

The cost of home automation systems is high. Since many household appliances lack intelligence, hardware is needed. Technicians are required to install the systems because the majority of them are specialized.